Hello again my crippled blog. Life has recently become very hectic with day jobs taking a larger cut of my time than expected and few other things keep holding me up. Exactly two week ago I pledged to update this blog more often, well...

Partly because Part 3 of my mobile network series is taking much longer as I have underestimated the amount of research. Besides, I have been distracted with the temporary ownership of an iPhone 4 for which I took the advantage of carrier subsidy to buy as a Christmas gift for my dear father.

I have had ample opportunity to fiddle with other people's iPhones before which were not all that impressive: The plastic chassis feel cheap, the screen is mediocre and iTunes is a pain to use. The iPad failed to please me the same way with its general lack in productivity features, which even MacFags do admit.

You see, the smoothness of iOS is often achieved through deception. Deliberately disabling multitasking is one thing, for Apple is a clever social engineer to make things appear better than they really are. For example, Safari on the iPhone only render the visible portion of the active tab plus a very small adjacent area to reduce the processing overhead. If you scroll too fast you will be greeted with blank areas cleverly disguised as transparency layers before the system catches up. The interface also tricks people into suspending processes rather than properly killing them, resulting in a seemingly fast launch time when the same process is called again.

However the iPhone 4 is actually quite agreeable. The slim construction of double glass panels and external antennas, despite its susceptibilities to breakage and attenuation, is quite pleasing to sight and feels substantial in your hands. The much-hyped retina screen is also pretty nice, even for someone already accustomed to a high quality screen on the Milestone. Apple have chosen the right resolution that existing apps that were smart enough to uemploy vector graphics can be scaled up without any intervention. 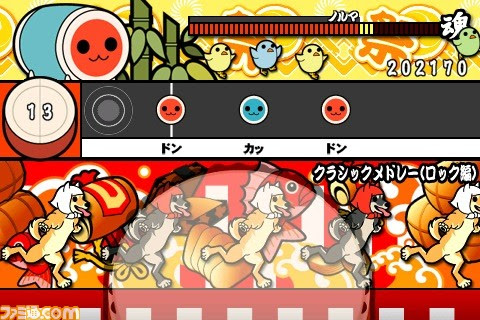 
The added RAM helps to make multitasking possible without sacrificing responsiveness. And the camera deserves special mention too for being exceptional. in such a small package. While I did not regret giving it away, I am looking for a locked 32GB one for entertainment. Overall, it is a glorified and augmented iPod Touch rather than a communication device, for I cannot bear the lack of physical keyboard, notification light and interchangeable batteries found on every other phone.

Contrary to conventional wisdom, the history of Apple shows clear continuity from Day 1 while Microsoft's products were often refreshed to the point that it no longer resemble their ancestors. The latest Macs still have some of the quirks of Apple II where critical system timings were taken directly from the bus clock, so binaries not complied with such systems will fail to execute.

The present iOS vs. Android race is an exact duplication of the old PC vs. Mac rivalry. Apple, by controlling the range of hardware, can effectively control the user experience, while their more open opponents must deal with all sorts of segmentation and compatibility issue.

To better explain this, let's look at a recent example. Everybody loves Angry Birds however the initial Android release was unplayable for most people. Simply because with iPhone there are only two hardware branches and one or two OS to maintain, while Android comes in at least three versions, a variety of screen resolutions and a continuum of processing power, which is something that developers, having been spoiled by the iPhone, cannot no longer cope with.

BTW, this game, along with many others, are free for Android but paid in the App Store...Hint hint.

The same issue plagues most apps ported from iOS, where it works poorly with handsets of limited hardware.

This, however, still leaves one question to be answered: Does Apple make people stupid, or are stupid people attracted to Apple?

The answer is, it does not matter, for there is a demon darker than coal trapped in every iDevice. BlendTec has proof.

The period from 2001 to 2005, following the first Browser War, are the dark days of the web with the lamentable Internet Explorer 6.0 dominating the market with only two minor update in two years. Alternatives were available however since most sites are written to support IE, the average layperson are unlikely to use it.
Fortunately the stagnation did not last forever; Firefox came out with Gecko, a brand new, standardised rendering engine, a smooth interface with tab browsing and much better security features. While its market share was never beyond the 30% mark, the real change brought along my Firefox is the renewed competition of development within the browser market.
I thought that Firefox was the forefront of web standardisation however this seems to be no longer the case, and I have similar personal experiences where a KHTML page I authored refused to be rendered correctly in Firefox; Trident renders it correctly only 50% of time however Webkit i.e. Chrome and Safari rendered it without a hitch. I ended up making static versions of the affected pages with a redirection script, which is easier said than done since every browser pretends to be Mozilla.
As for the software itself, it has become increasingly bloated and crash-prone from 3.6 onwards (hence the author is still staying on 3.5 for the remainder of its support lifetime), nor is the 4.0 beta anywhere near ready. Once the developers start to embrace Chrome en masse, there is little advantage left for Firefox.
Unlike Microsoft which has virtually bottomless resources to promote their browser, Firefox had to enter into an agreement with Google which trades search traffic for financing. While this income has allowed Mozilla to keep up the fight in the darkest of days, it is getting less secure because of the inherent conflict of interest.
Finally compared to Opera which successfully captured the niche market of mobile web browsing, Firefox was too dependent on mainstream x86 platforms; Camino was hit hard when Apple defected to x86 and was never really completed, while Fennec is still stuck in beta at the time of writing.

A losing battle from the beginning
With a sad note, I must say that Firefox is losing on all fronts and shall fade away within five years just like its Netscape fathers, not for its own wrongs but a combination of complacency, lack of focus and sheer bad luck.
Posted by Laforet at 12:26 AM

Today marks the proper beginning of summer as well as my three-month study break. Exam results was released a few days ago and they are probably the best for the entire three years at uni.

There is no magic about getting a better mark apart from actually paying attention in class and taking time to swot. Befriending lecturers also help, a lot of legitimate help will come with way.

The perpetual B student has moved on. Looking back, I wish I have tried harder, not only for the past semesters where I....utterly failed myself, but also the recent ones. If I have tried harder, I should rocking cut-edge science in the air conditioned labs over the holidays while enjoying many elite privileges such as free coffee and unmetered staff internet. Instead I am earning a meager wage three days a day in a small kiosk that feels like the defendant dock at the high court. Fingers crossed that I will get the project I wanted for my honours year.

On the bright side of mundane affairs, missing out on my summer studentship may actually be a kind of blessing since it should give me time to do the following:

You would have guessed these ambitions are parts of a larger plan to make myself more capable and independent. I used to spend too much time lamenting my woes, now I know that I only need to spent time to deal with them, one at a time.

This is for the record, I wish for all kinds of help that I will be able to come back to this post 99 days later and cross everything out with a smile on my face.

P.S. Got the first paycheck since starting the new job, hooah!
Posted by Laforet at 7:08 PM