A Farewell to Kindle DX

I have meant to sell my Kindle DX for a while but was prevented from doing so by various forces in life. I was slightly affected by the news that Amazon quietly removed the Kindle DX from its inventory but we saw it coming all along did not we?

Let's face it, the Kindle DX was a flop. It was meant to take over the textbook and newspaper market, however the technology was simply not there. It was priced way too high ($489) when it was released and have always had an aggregation of minor issues. By the time most of these annoyances were fixed with the graphite edition, it was too late to capture the hearts of readers and publishers as well, especially the latter who saw the iPad as a better platform to deliver their increasing multimedia content. Amazon itself did not help by giving the DX as little support as they could, and it never saw a truly global release.

I have always held a low opinion of the iPad , at least the first two iterations, however the new iPad really won a change of heart in me. The screen has a whooping 261dpi and full RGB colour gamut, which is better than 90% of the laptops you can buy. It is great for reading everything from books, journal articles, textbooks and of course manga. Once you have seen it with your own eyes you will be convinced - or else get your eyesight checked by a professional.

The main problem is with the less than ideal automatic brightness detection - you need to manually tweak it as lighting changes to minimise eye fatigue. The other project relates to the lack of proper font management in many apps - Greek letters and other symbols tend to disappear from random places, while it is not too bad for biology I assume this is going to be an issue for mathematicians and physicists. 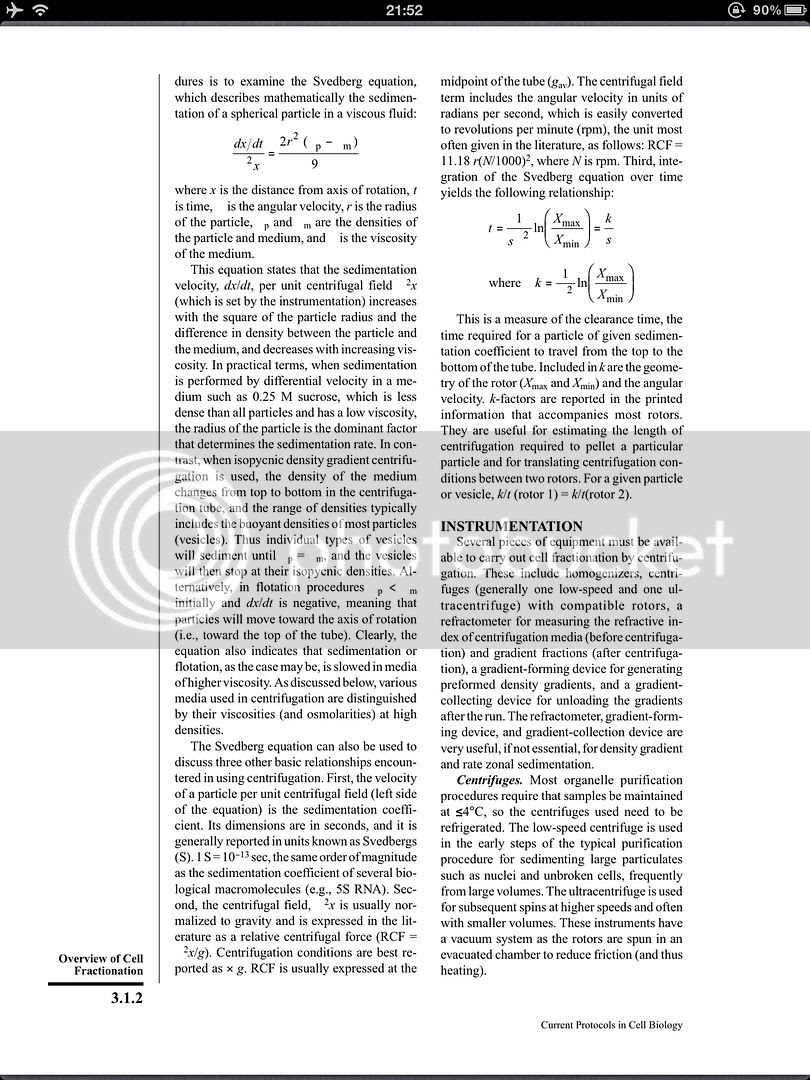 Note the incomplete differential equation, all the greek letters are gone


Anyway thanks to Amazon for trying, thanks to Apple for making something that's just better and thanks to Yifan Lu for developing the firmware hacks that made me keep it for much longer. Maybe one day we will see a comeback but for now, adieus.


Also, the new iPad still has too much glare to be viewed under direct sunlight - with the high dpi screen matte screen protector is not the solution, might as well cover one's head in sand.
Posted by Laforet at 10:08 PM